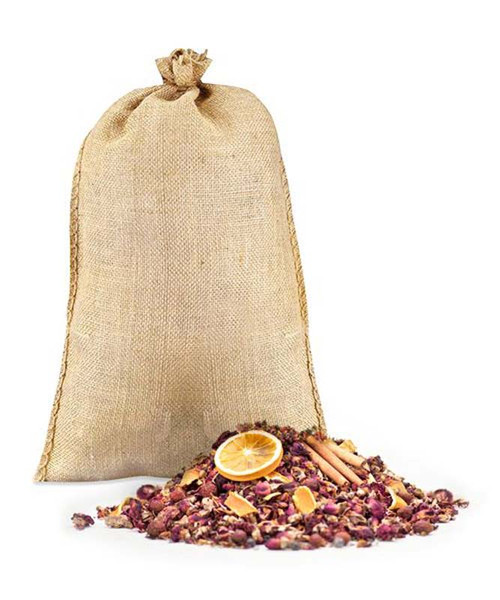 Double the amount of fragrant Potpourri, hand-scooped into aburlap bag with orange slices and cinnamon sticks.

First tossed in sheets in the back room of the Agraria shopon Nob Hill in 1970, it's best described by The New York Times as "uplifting, mysterious and androgynousin its appeal." Our special blend of roses from Bulgaria, rose hipsfrom Chile, French lavender, rosemary from Morocco and cloves fromMadagascar is carefully tossed with the original Bitter Orange oilformulation. Over four and a half decades later, it is stillreferred to as "Park Avenue Potpourri."